BuzzFeed Australia launched its first podcast series this year called Is It On? The news outlet’s political editor Mark Di Stefano and reporter Alice Workman are hosting the political podcast series from the Press Gallery at the Parliament House of Australia.

Mediaweek caught up with Workman from Canberra and BuzzFeed Australia editor-in-chief Simon Crerar to speak about the new venture. Workman started working with the global media company in Australia last year, before the Federal Elections. BuzzFeed Australia invested heavily in covering the political event.

“When I started at BuzzFeed last year, it had been around two years,” Workman told Mediaweek. “It had been doing a lot of critical reporting already.

“It’s a credit to gallants of the gallery like David Speers from Sky News and Andrew Meares from Fairfax who welcomed us with open arms, because they recognised that people are expecting news in new different ways and that is what we are trying to do at BuzzFeed.

“With the podcast we are trying to do this on a different platform.” 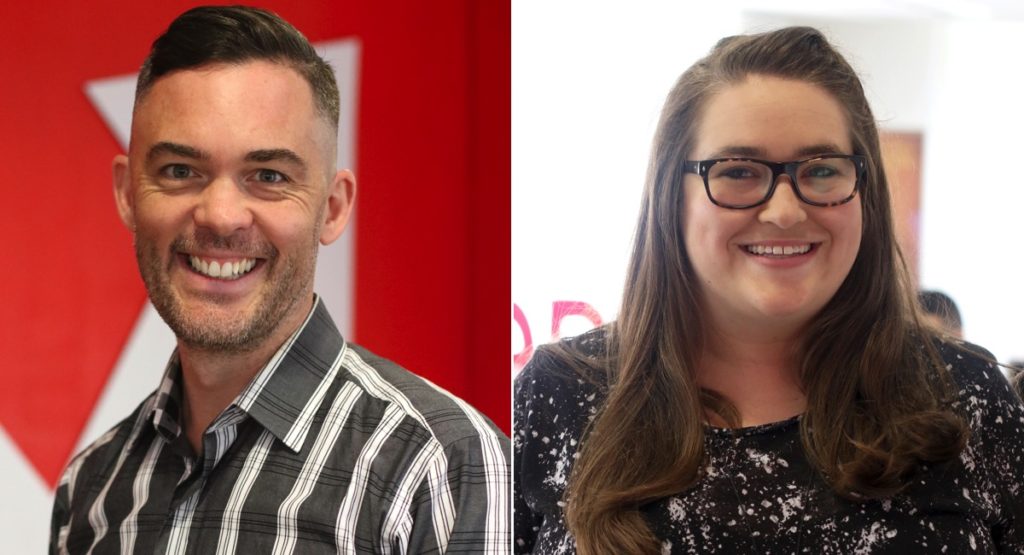 BuzzFeed Australia aims to engage with people aged 30 and under. This demographic, Workman and Crerar said, is more politically aware than society gives it credit for.

Talking about the podcast and political reporting on BuzzFeed Australia, Workman explained: “We speak on the level in which they communicate with each other. We are not talking down to millennials in any way.

“We write [and talk about] things that other organisations don’t, because they don’t target young people.”

Podcasting in Australia and around the world has flourished in the last five years. This is noticeable with the number of political podcasts in this country. Is It On? began in a crowded market. It’s up against other podcasts series such as Dennis Atkins and Malcolm Farr’s Two Grumpy Hacks, Guardian Australia’s Australian Politics Live and Behind The Lines, and ABC’s The Party Room with Fran Kelly and Patricia Karvelas.

Asked about the fight for listeners in the space, Workman said: “There are many, many podcasts coming from the press gallery in Canberra, not just those ones.

“But we are genuinely offering something different. The key message behind the podcast is to make politics interesting by cutting through the spin and getting to know the people behind the policies.

“We really focused on hearing from voices that our audience might not necessarily agree with. We get people from all sides of the political spectrum. We are not leaning in a particular direction.”

Some the guests that have featured on Is It On? include foreign minster Julie Bishop and senator Jacqui Lambie. New episodes are put out not necessarily each week but each week parliament is sitting. The podcast currently has more than 20,000 subscribers.

Looking at BuzzFeed’s target market, one would think that its direct competition is the likes of Junkee Media and Pedestrian TV. However, Crerar tells Mediaweek, it would be foolish to narrow the competition pool down to a few players in the market.

“We are on the internet,” he said. “We are in competition with any piece of content that anyone shares anywhere, whether that’s Facebook, Snapchat or Instagram. We don’t see ourselves as just directly competing with other brands. We see ourselves competing in the digital ecosystem so that a 10-second video on Snapchat or the funny photo that your mum has taken [are all competition].”

BuzzFeed Australia began in 2014. In its early days it was focused on producing entertainment, listicles and quiz content called Buzz. In the time since, it has upped its game in producing news content and expanded its team locally. Crerar has been with the company since it was established down under.

Crerar said: “We are obviously not going to compete with the ABC or Fairfax or News Corp across the board, because they are very big and we are small. But in Canberra we have definitely had an impact.”

Crerar says BuzzFeed Australia’s approach to news is a bit “tongue in cheek”. “It doesn’t mean that we don’t take the news seriously or it’s not important,” he said. “We are reporting through text, video and now audio as well.”

BuzzFeed is well-known for its listicles and cat memes. Asked if the organisation faces any challenges in overcoming this stereotype, Crerar said: “That is a part of our DNA. Listicles have been a popular journalistic format since The New York Times started doing them a long time ago. We have nothing to be embarrassed about. We love lists – they are great!”

Crerar said the traffic to BuzzFeed Australia has been growing since its launch. This proves that “people are taking us seriously”, he said.