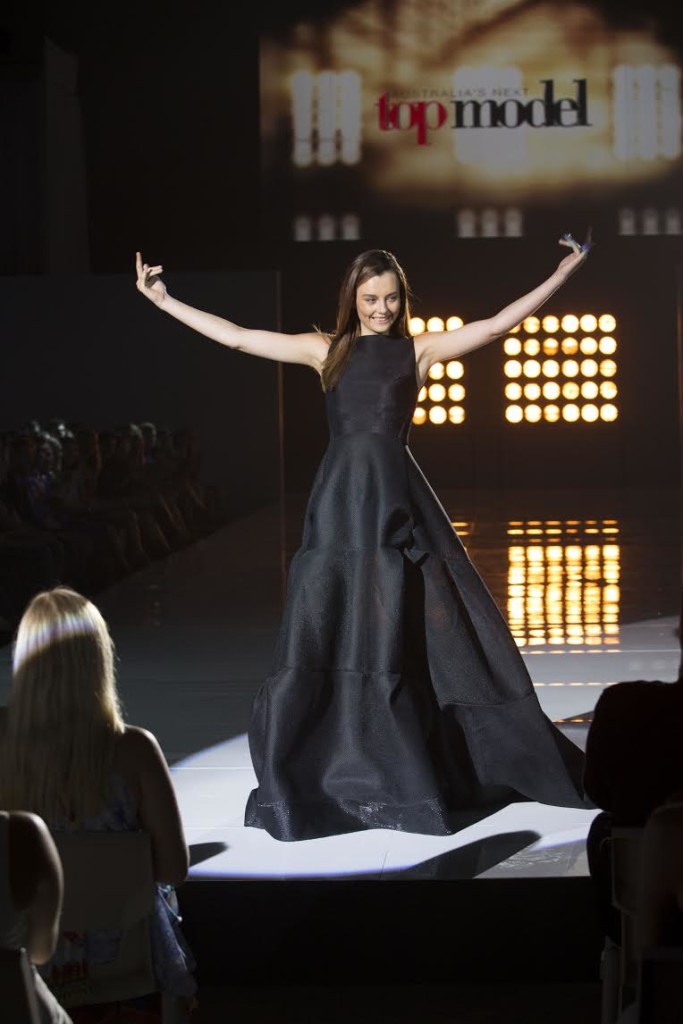 Self-confessed “tomboy” and “bogan bobcat driver” Brittany Beattie from Melbourne’s outer suburb of Whittlesea in Victoria has tonight been crowned the winner of the ninth season of Foxtel’s longest running and much loved reality series Australia’s Next Top Model.

Creator, host and executive producer of America’s Next Top Model, superstar Tyra Banks, flew in from the US to appear on the series finale as special guest and to make the final announcement.

Hawkins said: “Brittany has had something special from the beginning, she was very intriguing. The fact that she didn’t know she was a beautiful girl with so much potential was a huge part of her charm.

“Throughout the whole process, Brittany has had her ups and downs, but she listened to advice and evolved in such a short period of time. I really think she was one of the biggest transformations in Top Model history. I have no doubt she will be joining our other successful winners on the international modelling circuit very soon and will forge a solid career for herself.”

Season Nine winner Brittany Beatie said: “At first I didn’t have anywhere near enough confidence to be part of something like this. After my aunty convinced me to enter, and even when I was in the house, I still thought I would be sent home.

“I can’t believe this time last year I was driving a truck every day around farms in my home town, and now I’ve met some of the most amazing people from fashion and modelling. I am in shock and can’t wait to see what happens next.”

Critics and passionate viewers have hailed season nine of Australia’s Next Top Model to be one of the finest on record thanks to a rotating panel of high profile celebrity judges from around the world. Tyra Banks, Linda Evangelista, Alessandra Ambrosio, Kelly Osbourne, John Paul Gaultier, Megan Gale and Coco Rocha were amongst the star studded cast that featured on the series witnessing the incredible evolution of our newest Top Model.

Brittany will feature in an eight page editorial spread for Elle Australia magazine which will hit stands on July 20. Elle editor Justine Cullen said: “We would have been thrilled to run either Brittany or Lucy in the pages of Elle – they were two beautiful finalists with such different looks and we can see them both having strong careers in fashion.

“For us, Brittany’s cool energy and unique story brings something especially magic to her pictures that feel just right for right now. She’s a model for a new era and a perfect Elle girl.”

Brittany will also receive a twelve month modelling contract with IMG and will head to New York Fashion Week.

Australia’s Next Top Model is produced by Shine Australia, exclusively for FOX8 on Foxtel.

Off the back of the season nine grand final last night, FOX8 has opened registrations for season 10 of the series. Click here to register.
Source: Foxtel