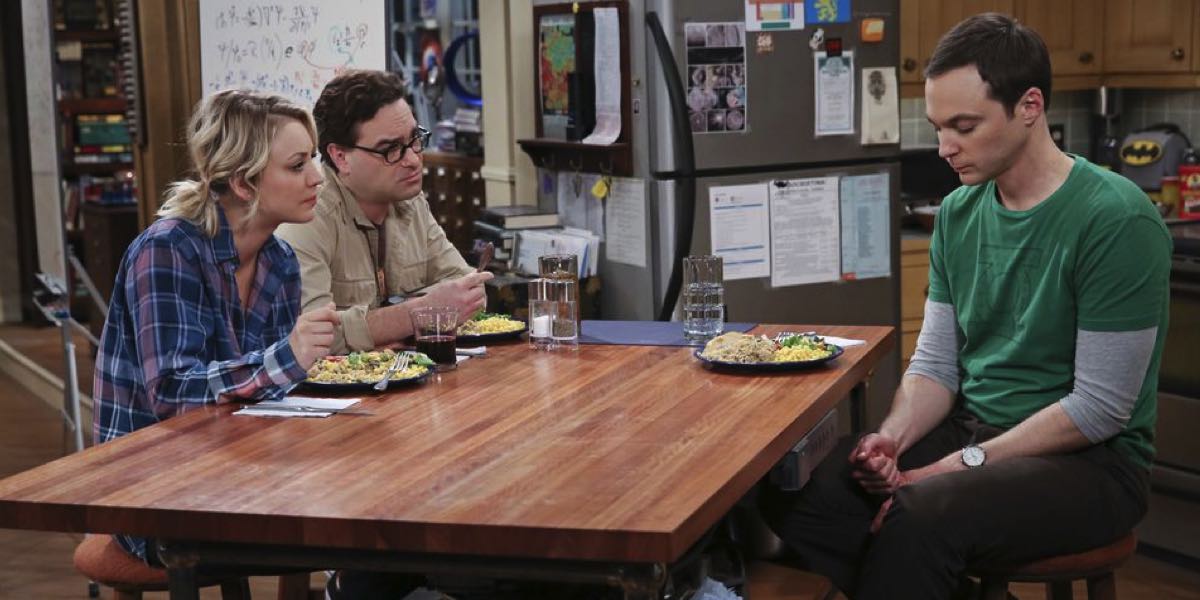 International TV for week ending on 1 May: Britain’s Got Talent #1 in the UK, The Big Bang Theory #1 in the US

ITV’s Britain’s Got Talent topped the UK charts for week ending on 1 May. The Saturday episode of the auditions week was watched by nine million people. The show was ahead of BBC1’s EastEnders at #2 by over 1.5 million viewers.

On the US TV chart for the week ending on 1 May, over 14.1 million people tuned in to watch “The Earworm Reverberation” episode of The Big Bang Theory, in which Sheldon has a revelation when he realises why a song was stuck in his head. Once again, the show led the charts by a big margin to the second-most watched show that week ABC’s Dancing with the Stars. 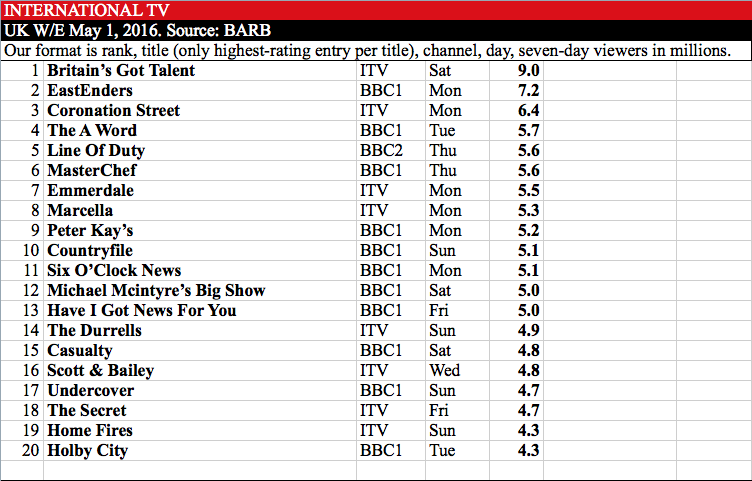 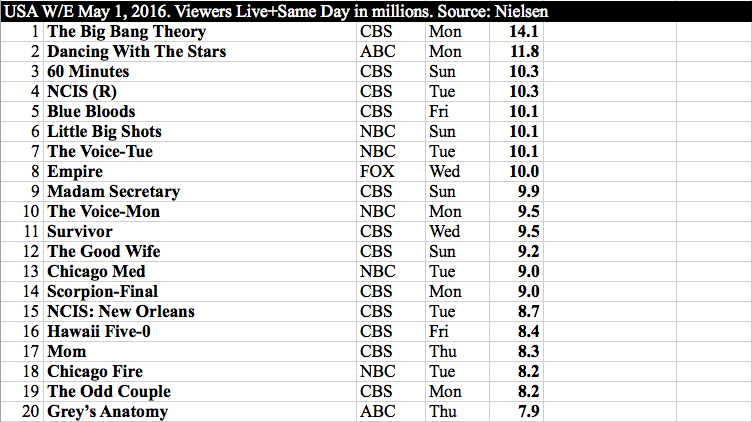