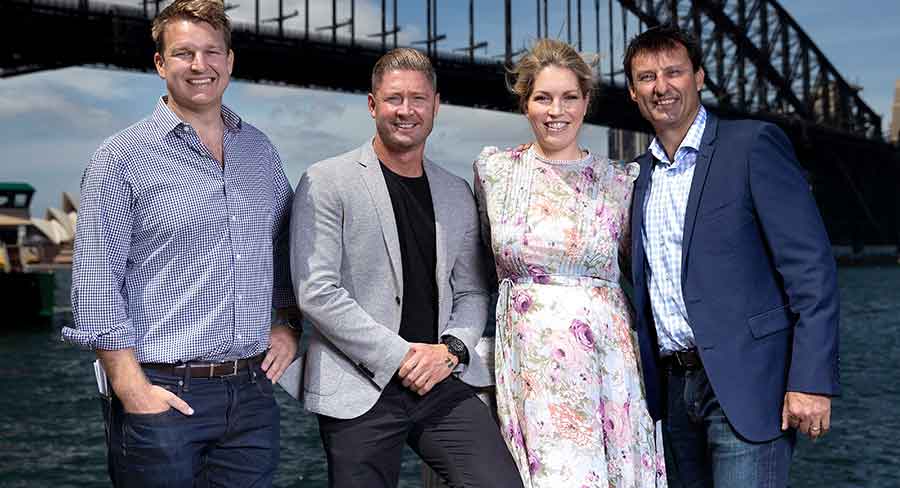 Former Australian cricket captain Michael Clarke has moved to the other side of the microphone since he retired in 2015. He commentated for Nine for several years when it had cricket rights. More recently he has chosen to spend his mornings on radio, co-hosting the Big Sports Breakfast as part of a revamped line-up for 2020.

Clarke played 115 Tests for Australia, including 47 as captain, and in addition to his breakfast radio gig took on an ambassador role with Tabcorp.

There is plenty going on in the sports radio space. Although Macquarie Sports closed in 2019, Pacific Star will soon launch SEN 1170 on the old 2CH frequency and it is also expanding its new racing station SEN Track across New South Wales.

Talking to Mediaweek, Clarke said that while he never expected to find himself doing radio, that he had always been a fan of the Big Sports Breakfast, noting his father had listened to it since its conception.

“I never thought about radio, I never contemplated it at all and when I got presented with the opportunity I took a few days to think about it. Cricket will always be my passion but I have always loved all sports, and I have enjoyed every part of it.

“I feel like I am back in a team again. Middo, Loz and I, plus Jamie reading the news and the guys behind the scenes, all make me feel so comfortable at 4:30am each day.” 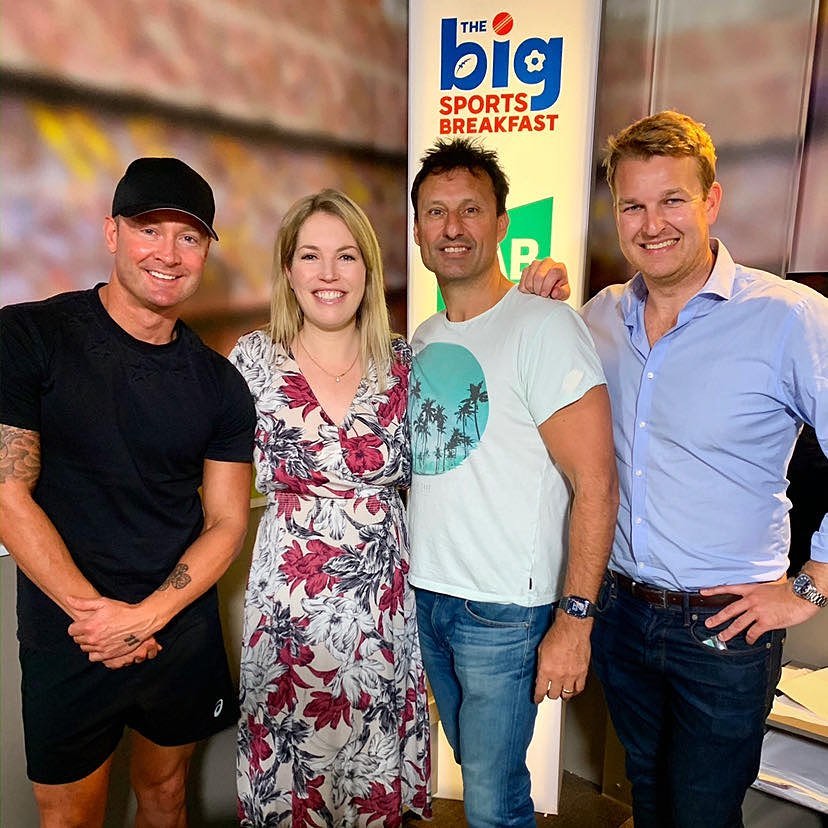 Clarke admits that he chose an interesting time to join a sports show with COVID-19 causing a global shutdown of sport shortly after starting his new role, which also forced the team out of the studio.

“It is easier being in the studio because we can play off each other, but I also think that it was a good thing for us to have that time to be able to find content without much sport being on around the world and being able to manage a really difficult situation.

“Thankfully we were able to stay on the air and thank god for racing. We were able to get sport back and be back in the studio and it is such a good feeling.”

With thoroughbred racing being a large part of the DNA of Sky Sports Radio, Clarke admitted that he’s been lucky to be surrounded by people with a lot of knowledge about the sport such as his co-host Middleton as well as regular guests Adam Pengilly and Brad Davidson.

“I am quite inexperienced when it comes to the horses. I would sometimes have a punt on the dogs but I am not a big punter when it comes to horses, but I am learning stuff every day, and Loz loves a punt so he is helping me as well.”

One thing that is not a challenge about the new job for him is the early starts with Clarke saying that he has always been an early riser.

“That part is the easy bit for me, I have a four-year-old girl so she is up early regularly. Instead of going to the gym at 4am I now go to the radio studio, which is probably much better for my health. And when my daughter goes to bed at 8:30pm I’m not far behind her.”

Being from Western Sydney and growing up a fan of the NRL and the Western Suburbs Magpies, Clarke said that one of the draws of the new job was getting to work with Laurie Daley.

“Loz was an idol of mine as a kid, and you see and hear so many stories about people meeting their idols and being disappointed, but I can tell you that I was the exact opposite. Loz was everything I expected, he is such a great man and I love spending time with him on or off-air.”

Clarke said that he is loving the breakfast morning lifestyle that lets him balance his non-media ventures and also spend a lot of time with his daughter. He says he is undecided if he will be a regular face on cricket commentary, but is hoping to do both if his schedule permits.

The Big Sports Breakfast airs weekdays from 5.30am to 9am on Sky Sports Radio (1017am) and can also be heard via the TAB App.