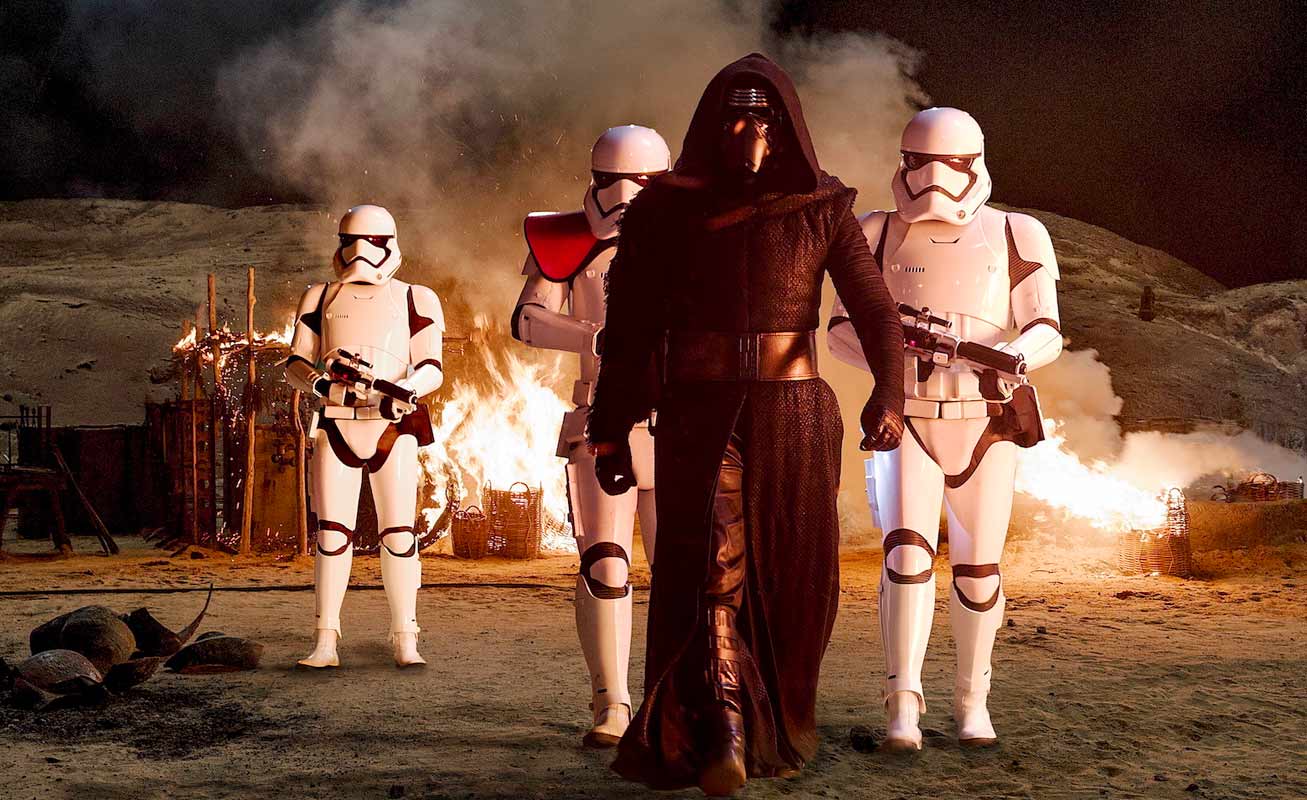 As Star Wars: The Force Awakens continues to rule the Australian box office, studio comedies and Academy Awards contenders duke it out for audiences.

Star Wars: The Force Awakens continues to dominate the Australian box office, taking $4,917,825 over the weekend on 592 screens. The film has seen a 45% drop since last weekend and has made $79,884,548 since its debut on 17 December. The current Australian box office record holder is James Cameron’s 2009 film Avatar, which made $115,600,481. That film performed better thanks to the higher-priced 3D ticket sales that fuelled its run at the cinemas.

Opening at number two on the Australian charts is The Revenant, Alejandro González Iñárritu’s latest film following his 2015 Academy Award-winning film Birdman. The film opened on 247 screens, under half of Star Wars and made $3,961,482.

Yesterday Iñárritu picked up Golden Globe awards for Best Picture and Best Director. The films star, Leonardo DiCaprio, was awarded the Best Actor – Drama trophy. Despite winning the Best Actor award at the Golden Globes in 2005 and 2014 for The Aviator and The Wolf of Wall Street, DiCaprio has still not won an Academy Award. Eyes will be on him at this years event on 28 February to see if it will be a case of third time lucky.

The Amy Poehler/Tina Fey comedy Sisters opened on 290 screens, with box office takings of $3,288,069. The financial success of the film, which opened to middling reviews, speaks to the popularity of the films stars. In its third week of release, the Will Ferrell/Mark Wahlberg comedy Daddy’s Home continues to perform solidly on 257 screens, earning $2,439,942.

A quiet art-house achiever is the highly anticipated film Brooklyn. With rising star Saoirse Ronan in the lead role, weekend previews saw the film earn $64,598 on just five screens. Ronan is seen by many as a possible contender for an Academy Award nomination, which may see Brooklyn receive considerable traction in specialty cinemas.