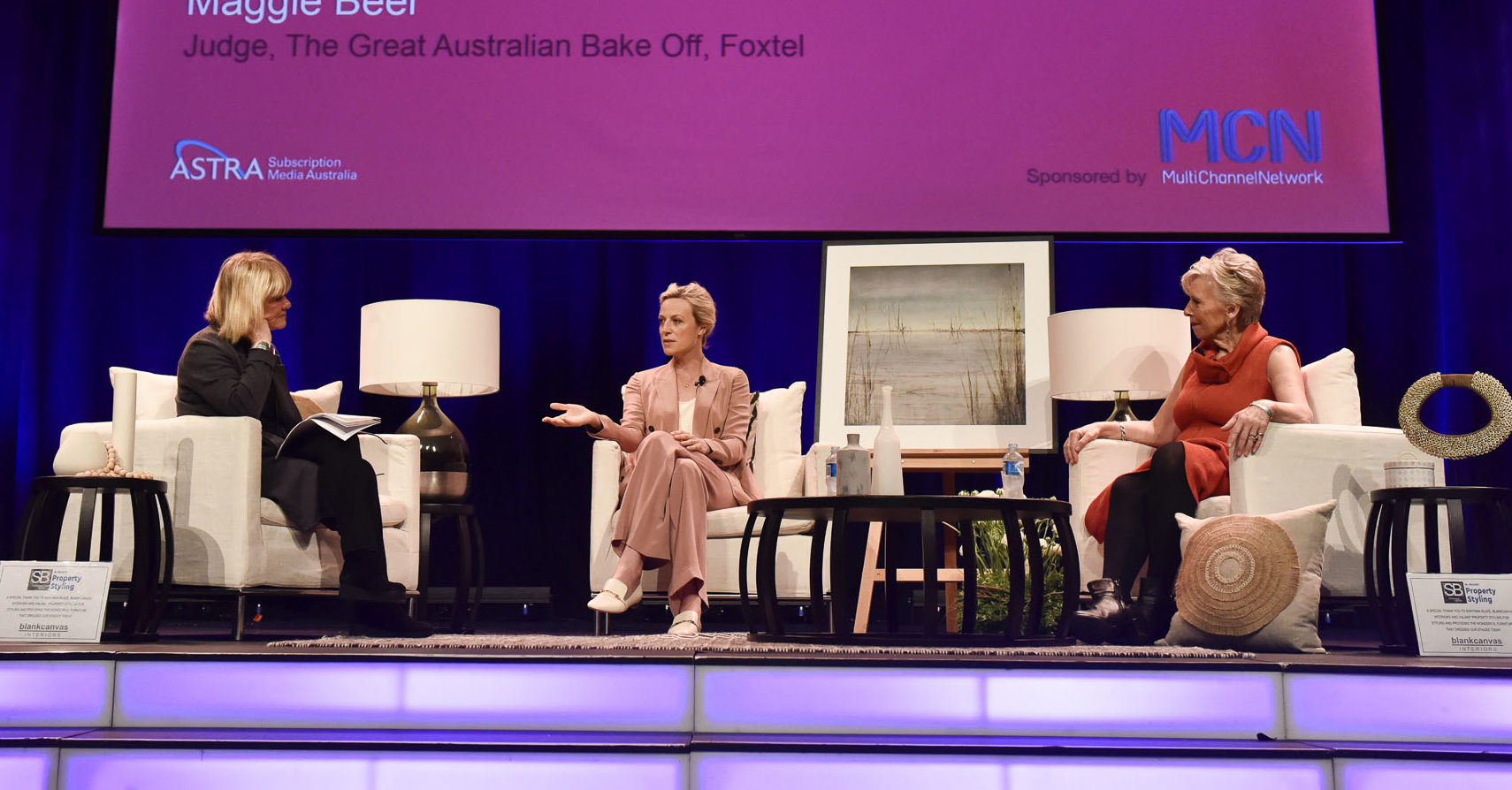 “They’ll make the announcement soon,” said Dusseldorp. “Forget I ever said anything.”

About 700 guests flocked to The Star Event centre this morning for the Women in Television Breakfast session at the ASTRA conference.

“I used to have a sip of whiskey to get me through at 7am,” Pomeranz said, laughing, talking about the early days of filming ABC’s At The Movies.

During the hour-long session that started at about 8am, Dusseldorp accidentally let slip that a fifth season A Place To Call Home is on the way. “They’ll make the announcement soon,” she said. “Forget I ever said anything.”

ASTRA CEO Andrew Maiden kicked off the proceedings for the morning, talking about the industry body’s new survey revealing the number of women in executive positions in the subscription television sector.

The survey results, released yesterday, showed that females represent 32% of board directors, 26% of chief executives and 34% of executives across the industry – the results are 6%-11% better than national benchmarks. “Even though we crossed the benchmarks we’d like to see more progress,” Maiden said.

Pomeranz followed, pointing out that in Michael Idato’s compilation of 75 Most Powerful People in TV, published in The SMH in 2014, only 16 were women.

“I don’t want this to be a whinging feminist rant,” she said.

In the panel conversation, Dusseldorp said that she was happy that she came into the industry after 14 years in theatre.

“Theatre teaches you to fall over and get back up. I was happy to fail,” she said.

Had she faced the camera any earlier, she perhaps wouldn’t have been able to portray the protagonists in ABC’s Janet King and Foxtel’s A Place to Call Home.

“I am happy to have three women going around,” she said, talking about the characters that she plays in the different TV shows. “You don’t get boxed into one thing.

“Diversity is on the lips of every production company I talk to.”

Speaking about her start in food TV, chef Maggie Beer revealed her break came due to her daughter, Ellie Beer, who passed on a call from the ABC to feature in a show called Beat the Chef. “She said, ‘ask mum instead,’” Beer said, laughing. “Balance is a word I still don’t know.”

Guests listened to the discussion about all things TV as they enjoyed food from a menu of poached free range eggs, mushrooms, sautéed spinach, goats feta and rye, granola with seasonal fruit yogurt, and assorted pastries and muffins.