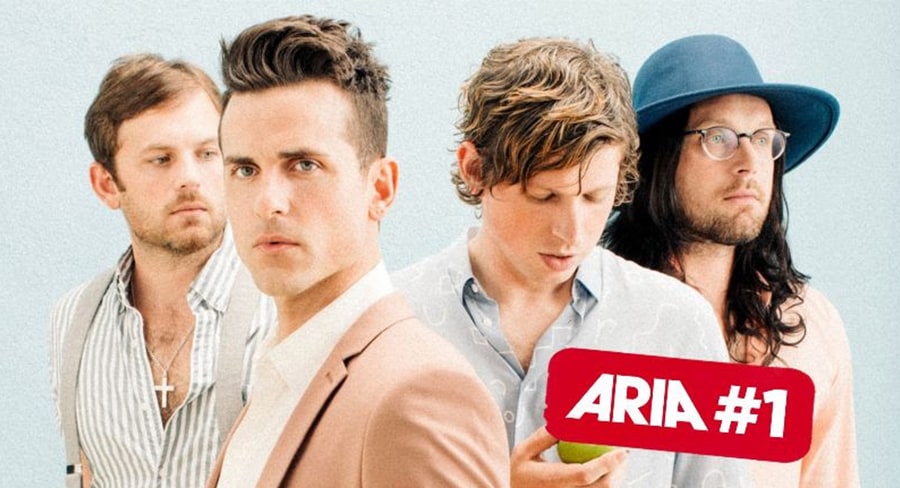 • For the third week in a row, Glass Animals have topped the singles chart with Heat Waves

For the third week in a row, Glass Animals have topped the singles chart with Heat Waves. It ended the six week run of Olivia Rodrigo’s Drivers Licence in the week of March 1st, however, Drivers License still remains strong in second place.

The highest-ranking Australian artist in this week’s singles chart is Sydney rapper The Kid Laroi. Staying in third position is the single Without You, from his album F*ck Love (Savage) which peaked at number one on the album chart.

This week Drake released a new EP, Scary Hours 2. The follow-up to the 2018 EP Scary Hours was announced the day before its release and has seen three songs entering the singles chart for the Canadian rapper.

What’s Next charted highest at number 7, Wants And Needs featuring Lil Baby came in at number 15, and Lemon Pepper Freestyle made number 26.

Justin Bieber’s Hold On has entered the chart at number 19, taking out his second new entry on the chart for 2021 after Anyone came in at number 5 in January. The track is the fourth single from Bieber’s album Justice, which is set for release on March 19.

Other new entries to the singles chart were Leave The Door Open by Bruno Mars, Anderson .Paak & Silk Sonic at number 13, and Bang! by AJR at number 50.

Topping the album chart this week is the eighth album from Kings Of Leon, When You See Yourself. This is the band’s fourth time topping the ARIA charts after Only By The Night in September 2008, Come Around Sundown in October 2010, and Mechanical Bull in September 2013.

As well as releasing When You See Yourself on the traditional formats, Kings of Leon are the first band to release an album as a non-fungible token (NFT), a kind of cryptocurrency that contains unique assets such as music and art.

The highest Australian entrant on the album chart is also a new addition. The Wiggles compilation album We’re All Fruit Salad!: The Wiggles’ Greatest Hits has wiggled its way into third place, released to mark the ARIA Hall Of Fame members’ 30th anniversary.

“So excited to hear the extraordinary news about the chart success of our Greatest Hits. The album was 30 years in the making, I am so glad our music still resonates. We really are all fruit salad!”

The Wiggles have also made headlines in recent weeks, after covering fellow ARIA winners Tame Impala for Triple J’s Like A Version.

A Day To Remember’s seventh album You’re Welcome has debuted at number 9. The American pop-punk/hardcore band’s first album in five years becomes their second top five on the ARIA Charts, having hit number one with Bad Vibrations in 2016.

Two live recording albums are new to the chart this week, both from Australian artists. Melburnians The Smith Street Band came in at number 11 with Unplugged In Wombat State Forest, and Sydney’s DMA’s came in at number 39 with Live From O2 Academy Brixton.

Other new entries were Pete Murray’s The Night – EP at number 22 and Genesis Owusu making his ARIA top 50 debut with Smiling With No Teeth at number 27.