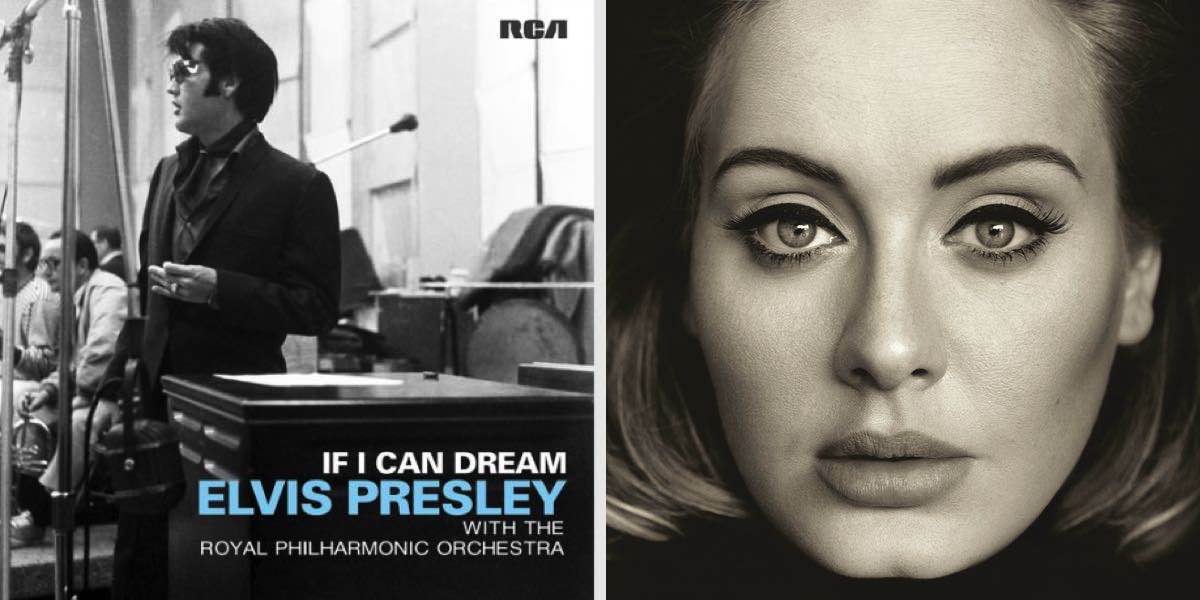 •  Singles: Adele and Justin Bieber control top of the chart again
•  Albums: The King is not dead on the charts – Elvis is back at #1

The top two remain unchanged for the second week with Adele at #1 with “Hello” and Justin Bieber at #2 with “Sorry”.

“Downtown” from Macklemore and Ryan Lewis has got new momentum and climbs from #5 back up to #3 in the 10th week on the chart for the former #1.

Zack Larsson and MNEK hit a new high with “Never Forget You” which rises from #9 to #5 in its third week.

The highest new entry in the top 10 is Duke Dumont with “Ocean Drive” which climbs from #13 to #8 in its 10th week on the charts.

The highest debut of five new top 50 entries is Ariana Grande with “Focus” at #10 with a song from her soon-to-be-released third album.

The other new arrivals are:
#29 Justin Bieber with “I’ll Show You”
#33 David Guetta with “Bang My Head” featuring Sia and Fetty Wap
#41 Rachel Platten with “Stand By You”
#50 Pia Mia with “Touch”

Here’s something we didn’t think we would perhaps ever report again – Elvis Presley has the #1 album this week with “If I Can Dream – Elvis Presley with the Royal Philharmonic Orchestra”.

The return of The King to the chart has kept Tina Arena out of top spot – at least she has a good story to tell her kids – “You won’t believe who stopped me from a #1 album just days before I was inducted into the ARIA Hall of Fame”. Her new album “Eleven” lands at #2.

Another classic artist finds its way into the top five on debut this week – Def Leppard with “Def Leppard” which is their 11th studio album.

Artists currently touring with chart action include Fleetwood Mac with “The Very Best Of” up from #27 to #16 in its 379th week!

Michael Bublé’s “Christmas” returns to the chart at #17 for its fifth consecutive festive season appearance.

Just two other top 50 newcomers in a relatively quiet week for chart newbies:
#32 Escape The Fate with “Hate Me”
#40 Skyhooks with “Don’t You Believe What You’ve Seen Or You’ve Heard”