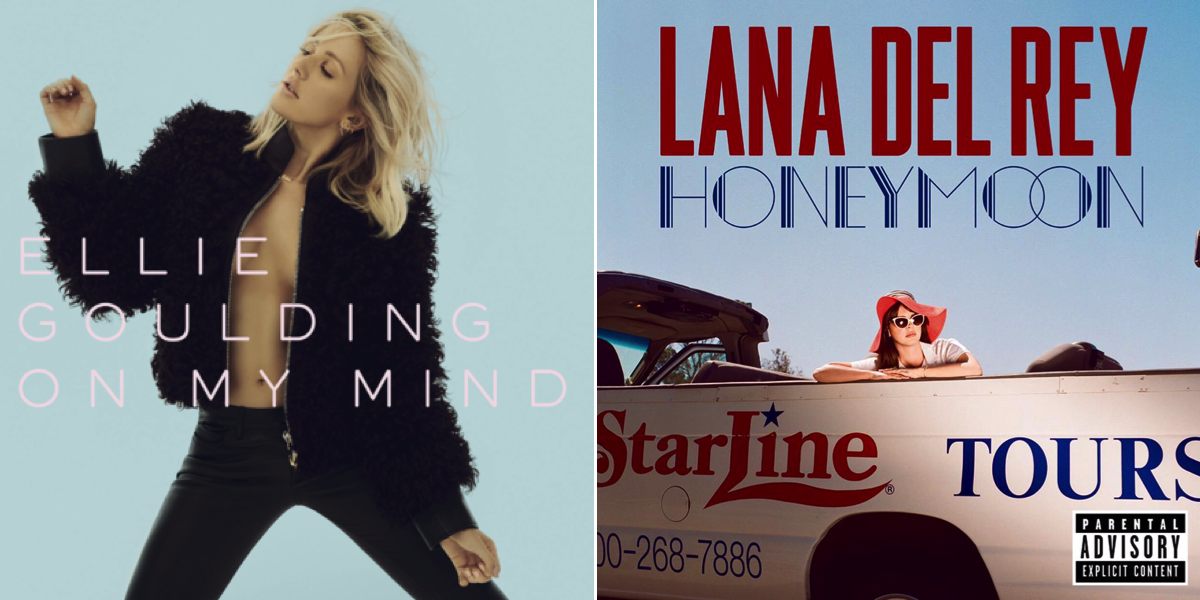 No movement at all in the top five with Justin Bieber holding for a fourth consecutive week on top and in the process locking Macklemore & Ryan Lewis plus Taylor Swift out of a #1. With Bieber in the country on a promo tour this week with major media shows Monday and Wednesday, his “What Do You Mean?” could continue to sell well.

Just missing the top 10 on its second week is Robin Schulz featuring Francesco Yates with “Sugar” up to #11 from #31.

Highest new entry belongs to Ellie Goulding with “On My Mind” which was new at #15 and is the first release from her forthcoming third album “Delirium”.

Drake saw “Hotline Bling” zoom from #50 to #22 in its seventh week on the chart.

Three other new entries in the bottom half of the top 50:
#27 One Direction with “Infinity”
#36 Naughty Boy featuring Beyoncé and Arrow Benjamin with “Runnin’ (Lose It All)”
#49 Diplo with “Be Right There”

Thirteen albums cracked the top 50 in their first week on the chart with five of them landing in the top 10. Despite five top 10 newcomers both Taylor Swift held her place (“1989” with 48 weeks on the chart) as did Ed Sheeran (“X” with 66 weeks) in the top 10. There are now two top 10 albums called “1989” thanks to Ryan Adams and you might check your calendar again as a member of Pink Floyd and Iron Maiden both have spots in the top 10. New albums from rock veterans Keith Richards and Prince also charted this week.