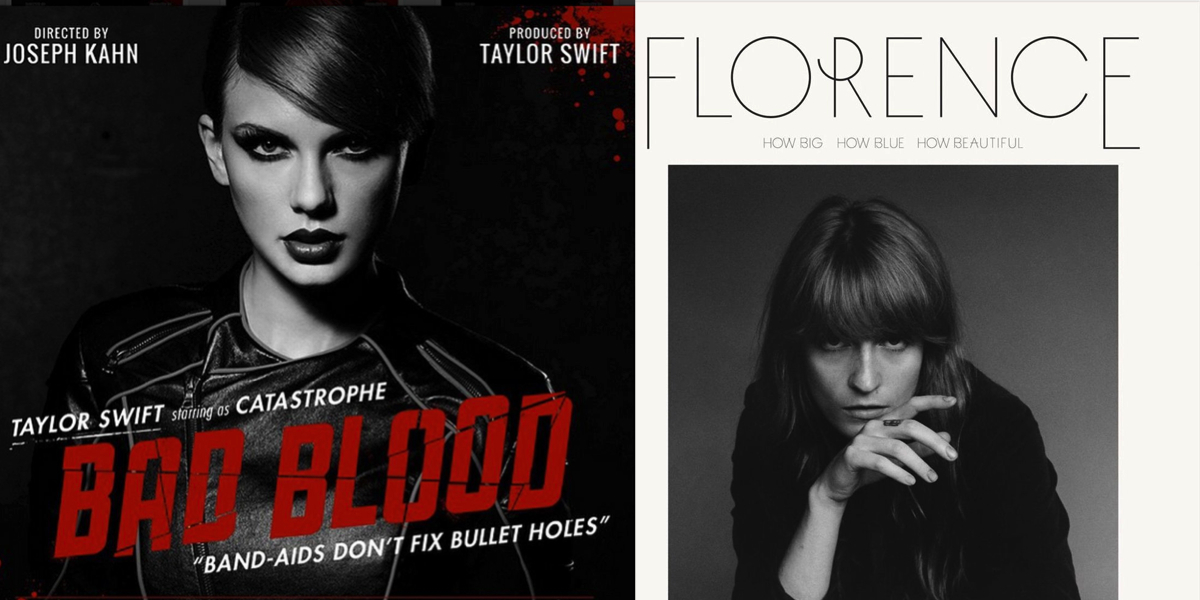 ARIA Charts: Florence + The Machine take over albums as “How Big, How Blue…” storms to #1

Taylor Swift has held at #1 for a second week with “Bad Blood” featuring Kendrick Lamar. Swift managed to keep Jessie J from top spot with “Flashlight” jumping from #5 to #2 in its fourth week.

The chart’s biggest mover was “Start Again” from Brisbane’s Conrad Sewell which powered all the way from #60 to #6 in its second week on the chart. Sewell is the brother of Grace, who has the #4 single this week. His song has recently featured in promos for Seven’s Home and Away.

Two other tunes snuck into the top 10, both taking their time to get amongst the chart royalty. James Bay is really taking the long road to the top with “Let It Go” up from #11 to #8 in its 12th week charting. Nudging three spots higher into the top 10 is Ed Sheeran with “Photograph” lifting from #13 to #10.

Another big chart mover was “Waiting For Love” from Avicii which climbed from #92 to #19 in its second week. Little Mix also was new inside the 50 with “Black Magic” up from #55 to #25.

The highest new entry in the top 50 is from Flume featuring Andrew Wyatt with “Some Minds” at #27.
Two other tunes were also new in the 50:
#42 “Powerful” from Major Lazer featuring Ellie Goulding and Tarrus Riley
#48 “Smile” from Dami Im

Three new arrivals flood the top five with a new chart-topper from Florence + The Machine with “How Big, How Blue, How Beautiful”. The British band’s third album gives them their second #1 album in Australia. The band visits here for a tour in late July which should help keep the release high in the chart.

Missing top spot with a debut at #2 is Jamie xx with “In Colour” which is the first solo album from the member of The xx.

Major Lazer is the third of the top five new entries with third third album “Peace Is The Mission” in at #5.

There are seven other new albums also arriving in the top 50 this week:
#12 “Everything Is 4” from Jason Derulo
#23 “Last Of Our Kind” from The Darkness
#25 “Come Alive” from Paulini
#30 “Old Souls” from Make Them Suffer
#32 “Twenty” from Jebediah
#38 “Hearts On Fire” from Jetty Road
#43 “Mayday” from Mark Seymour and The Undertow 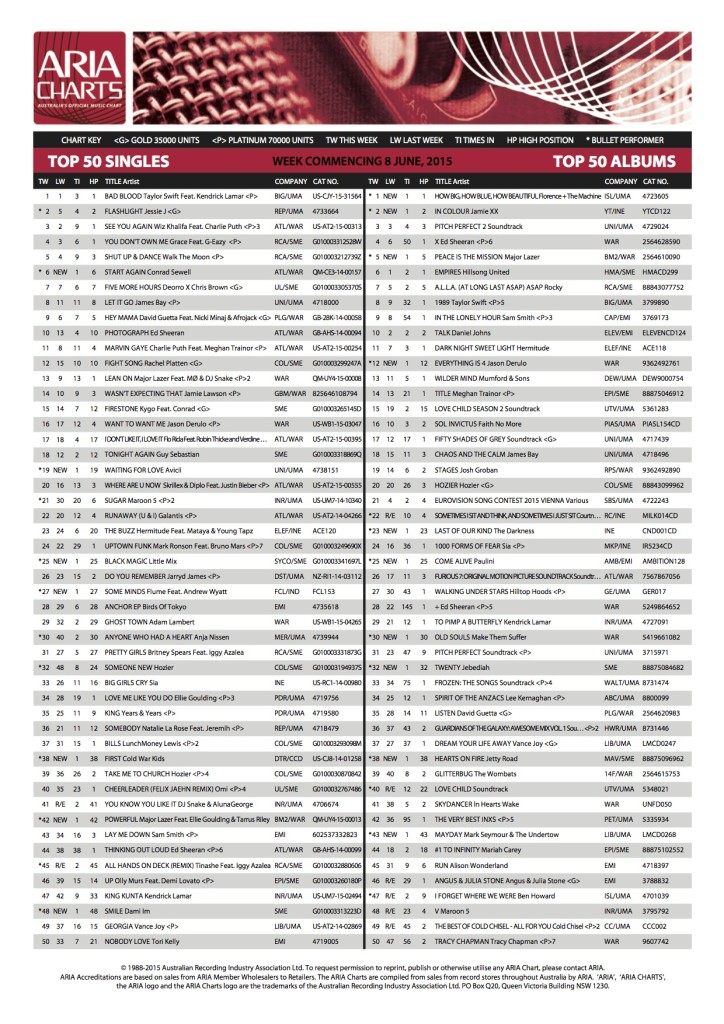