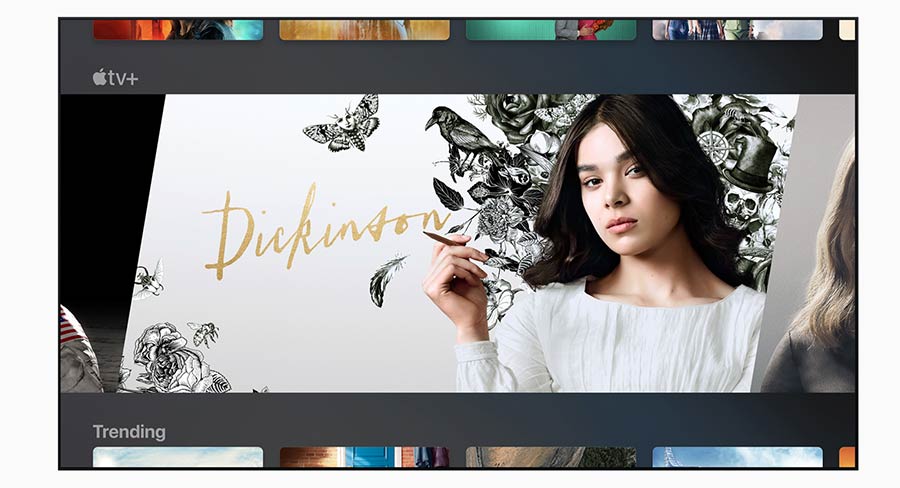 • Only all-original series, pricing reveal + how to get 12 months “free”

Apple today announced Apple TV+ will launch November 1 in over 100 countries and regions. That launch date is just over two weeks ahead of the much-anticipated Disney+ service coming to Australia on November 19.

AppleTV+ is launching at $7.99 a month for Australian subscribers.
Disney+ will cost a dollar more at $8.99.

Highlights from Apple details released overnight at the Apple event on the Apple campus:

Apple TV+ will offer a powerful and inspiring lineup of original shows, movies and documentaries, including Morning Wars, Dickinson, See, For All Mankind and The Elephant Queen.

The service will be available on the Apple TV app on iPhone, iPad, Apple TV, iPod touch, Mac and other platforms, including online at tv.apple.com, for A$7.99 inc. GST per month with a seven-day free trial.

Starting today, customers who purchase any iPhone, iPad, Apple TV, iPod touch or Mac can enjoy one year of Apple TV+ for free. Through Family Sharing, up to six family members can share one Apple TV+ subscription.

“With Apple TV+, we are presenting all-original stories from the best, brightest and most creative minds, and we know viewers will find their new favourite show or movie on our service,” said Zack Van Amburg, Apple’s head of Worldwide Video.

“Each Apple TV+ original offers its own unique story, fresh perspective and powerful message — all meant to entertain, connect and inspire cultural conversations.”

Subscribers can watch Apple TV+ originals both online and offline, ad-free and on demand, on the Apple TV app, which comes pre-installed on iPhone, iPad, Apple TV and iPod touch and will soon be on Mac with macOS Catalina. The Apple TV app is also available on select Samsung smart TVs, and will come to Amazon Fire TV, LG, Roku and Sony platforms in the future. Customers can also sign up and watch Apple TV+ originals on the web at tv.apple.com.

Starting today, viewers can watch trailers and add Apple TV+ series and movies to Up Next on the Apple TV app, so they can be notified when the first episodes become available. At launch, most Apple TV+ series will premiere with three episodes, with one new episode to roll out each week, while full seasons of some series will be available all at once.

Audiences worldwide can enjoy Apple TV+ originals subtitled and/or dubbed in nearly 40 languages, including Subtitles for the Deaf and Hard-of-Hearing (SDH) or closed captions. Apple TV+ series and movies will also be available with audio descriptions in eight languages.

Apple TV+ is one of Apple’s newest services, joining Apple Arcade, the world’s first game subscription service featuring over 100 new and exclusive games; Apple News+, which brings together over 300 magazines, newspapers and digital publishers worldwide within the Apple News app; Apple Music, the home of over 50 million songs, thousands of playlists and daily selections from the world’s best music experts; Apple Pay, the most popular mobile contactless payment system in the world that gives customers an easy, secure and private way to pay using their Apple devices; as well as the App Store and iCloud. 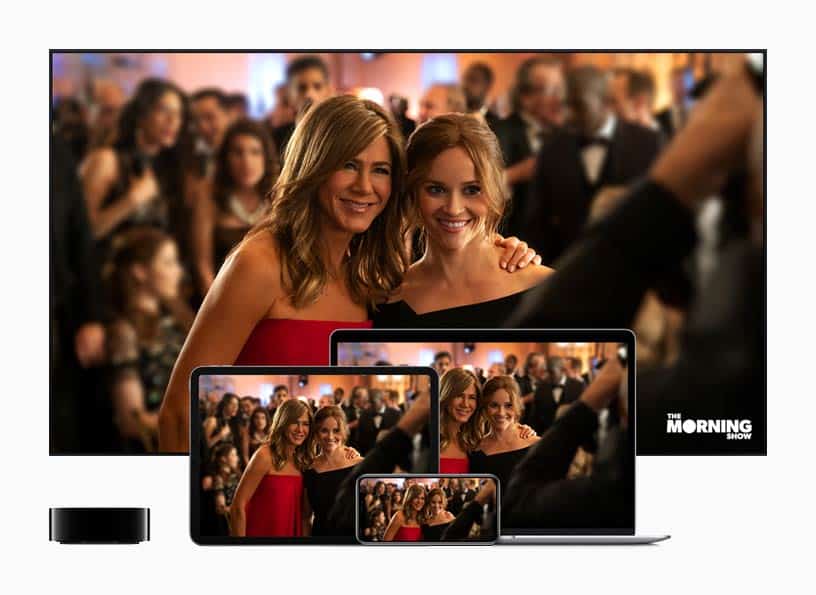 Apple TV+ will be available on the Apple TV app for A$7.99 inc. GST per month with a seven-day free trial starting 1 November on iPhone, iPad, Apple TV 4K, Apple TV HD, Apple TV (3rd generation), iPod touch and Mac. To subscribe to Apple TV+, customers must update to iOS 12.3 or later, tvOS 12.3 or later and macOS Catalina.

The subscription will automatically renew at A$7.99 inc. GST per month at the end of the seven-day free trial.

Apple TV+ will also be available on the Apple TV app on select 2018, 2019 and newer Samsung smart TVs, and to Amazon Fire TV, LG, Roku and Sony platforms in the future.

Customers can also subscribe to and watch Apple TV+ at tv.apple.com in Safari, Chrome and Firefox.

Customers with AirPlay 2-enabled Samsung and LG smart TVs must update to iOS 12.3 or later or macOS Catalina to play or mirror Apple TV+ originals from the Apple TV app on iPhone, iPad, iPod touch or Mac directly to their smart TVs. Customers with eligible Sony smart TVs will be able to enjoy AirPlay 2 support later this year.

Customers who purchase any new iPhone, iPad, Apple TV, Mac or iPod touch starting 10 September can enjoy one year of Apple TV+ for free. Beginning 1 November, customers can initiate the one-year free offer in the Apple TV app on the device running the latest software. Customers have three months after device activation to claim the offer, or if the device was purchased and activated before the launch of Apple TV+, they will have three months starting 1 November.

The subscription will automatically renew at A$7.99 inc. GST per month after one year. Customers can cancel at any time in Settings at least one day before each renewal date. Customers who cancel during the offer period will forfeit the remainder of their offer. This limited time offer applies to both new and refurbished models, is not restricted to any specific sales channel (e.g. Apple Store, resellers) and will be available in all countries where Apple TV+ will launch.

Up to six family members can share one Apple TV+ subscription and watch using their own Apple ID and password. Only one one-year offer is available per family, regardless of the number of devices purchased.