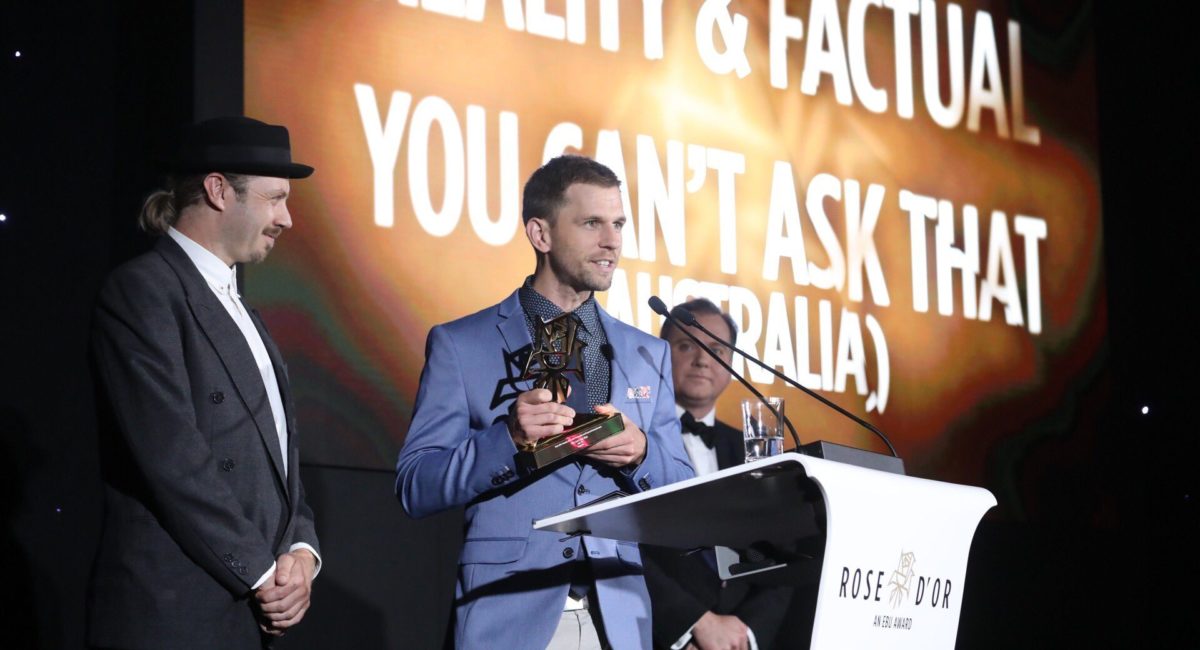 The program won for Best Reality and Factual Entertainment Program

The 56th Rose d’Or Awards have been held in Berlin to acknowledge and award the best in TV and online entertainment from around the world and ABC’s You Can’t Ask That has won for Best Reality and Factual Entertainment Program.

Aaron Smith, director and co-producer, said after the win: “This show started from a small idea that then grew to be recognised on a global scale. You Can’t Ask That 100% relies on the raciousness and bravery of the participants who are kind enough to lend their voice. We wish to say thank you to those who put their trust in us.”

The series format is represented by ABC Commercial and has enjoyed success internationally, and the distributor reports the program is well on the way to becoming the ABC’s biggest format hit.