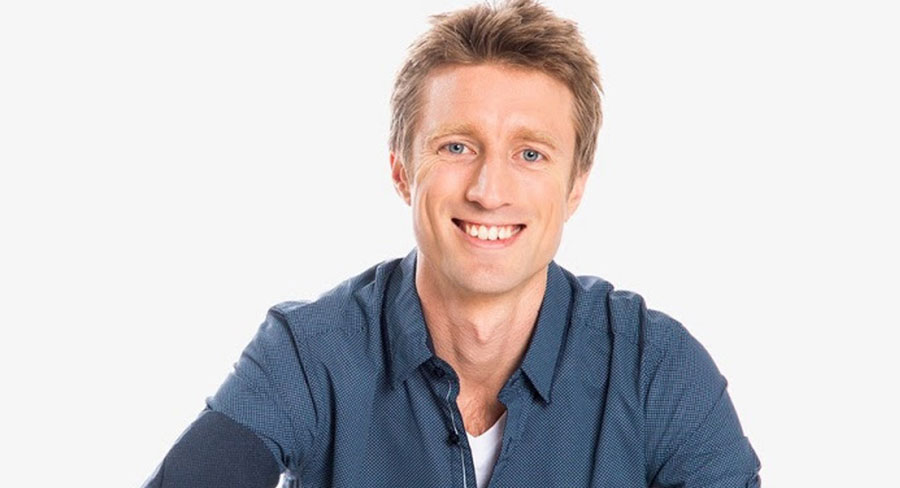 ABC Radio Melbourne has confirmed that Melbourne comedian Sammy J (pictured) will be the new voice at breakfast in 2020.

Sammy currently presents weekly satirical sketches on ABC TV each Thursday evening. He has also been a regular contributor to ABC Radio Melbourne, guest-presenting the breakfast show in September and taking part in many of the station’s big events including the 2018 state election coverage and Jon Faine’s farewell.

ABC’s Melbourne manager, Dina Rosendorff, said: “Sammy is an acute observer of the world around us and we look forward to his take on Melbourne life in 2020.”

Sammy J said: “Like a stray kitten in need of some food the ABC has welcomed me into their radio household and I couldn’t be more excited. I’m a proud Melbourne nerd and can’t wait to learn, engage, and disgrace myself with an on-air gaffe within a fortnight.”

Current breakfast hosts Sami Shah and Jacinta Parsons remain with the station and both move to other roles in 2020. These will be announced in the national presenter line-ups to be released next week.

Rosendorff, paid tribute to the work Shah and Parsons had put in over the past two years. “They are both extremely talented broadcasters and communicators. They have brought a fresh new sound to breakfast along with a whole lot of new listeners. There is absolutely no way we would want to lose their skills.”

The outgoing breakfast team have an audience of 425,000 listeners across the week and is Melbourne’s second most-listened to breakfast show. Rosendorff said the show brought in many new listeners but didn’t connect as strongly with its existing audience.

“This balance between existing and new audiences will be a focus for us in the new year. That doesn’t take away the from the exceptional job Sami and Jacinta have done building their show since early 2018 and we will give both plenty of opportunity to use their skills in the future. They are very much part of the ABC Radio Melbourne family.”

Sammy J has won multiple comedy awards and he has played in Edinburgh, Montreal and London. He is best known for his man/puppet comedy show Sammy J & Randy which he has toured around Australia and internationally and which was also the basis of his ABC TV sitcom Sammy J & Randy in Ricketts Lane.