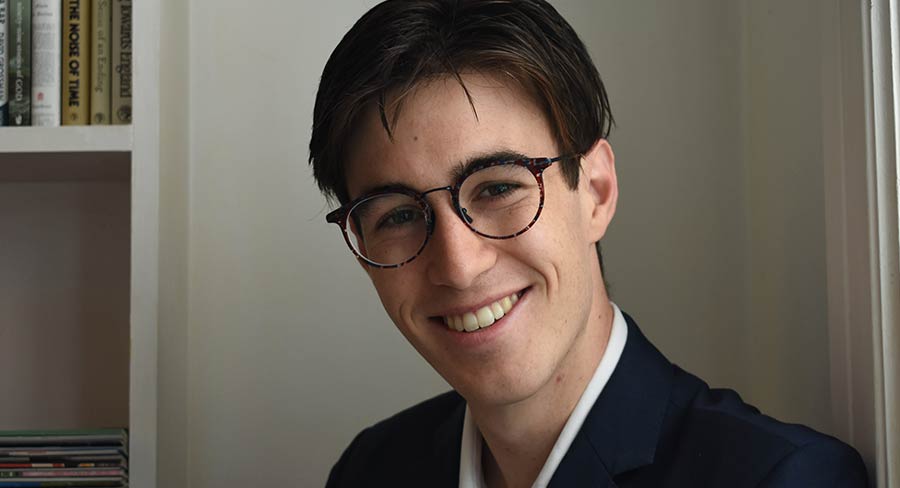 “Alex’s work in law and journalism demonstrates the qualities of critical analysis, creativity and curiosity that Mark held so dear.”

The ABC, in partnership with Kidney Health Australia, has announced Alex Tighe as the recipient of the inaugural Mark Colvin journalism scholarship.

The 12-month paid cadetship commemorates the life and work of the esteemed ABC journalist, who died in 2017 due to complications related to kidney disease.

ABC managing director Michelle Guthrie said: “The Mark Colvin Scholarship is a fitting tribute for such a giant of Australian journalism, ensuring that his commitment to accuracy, honesty and integrity will be passed on to future generations.

“Alex Tighe is a worthy recipient of this honour. Alex’s work in law and journalism demonstrates the qualities of critical analysis, creativity and curiosity that Mark held so dear. I am confident that Alex will continue Mark’s great legacy at the ABC.” Tighe said: “Mark Colvin was an incredible journalist and a great man, and it’s humbling to hold a scholarship in his name. His legacy is an embodiment of all that’s best about the ABC: intellectual rigour, empathy and perpetual curiosity. I hope to do my part towards continuing that tradition at the ABC.”

Tighe, 23, has worked in community media as a writer, editor and radio producer. His journalism career started aged 13 when he hosted a program on community radio. His work includes a story on his mother’s kidney disease and the challenges of accessing medical treatment in regional NSW. He has held internships at ABC RN, triple j and Four Corners and worked as a paralegal and media adviser for a Sydney law firm.