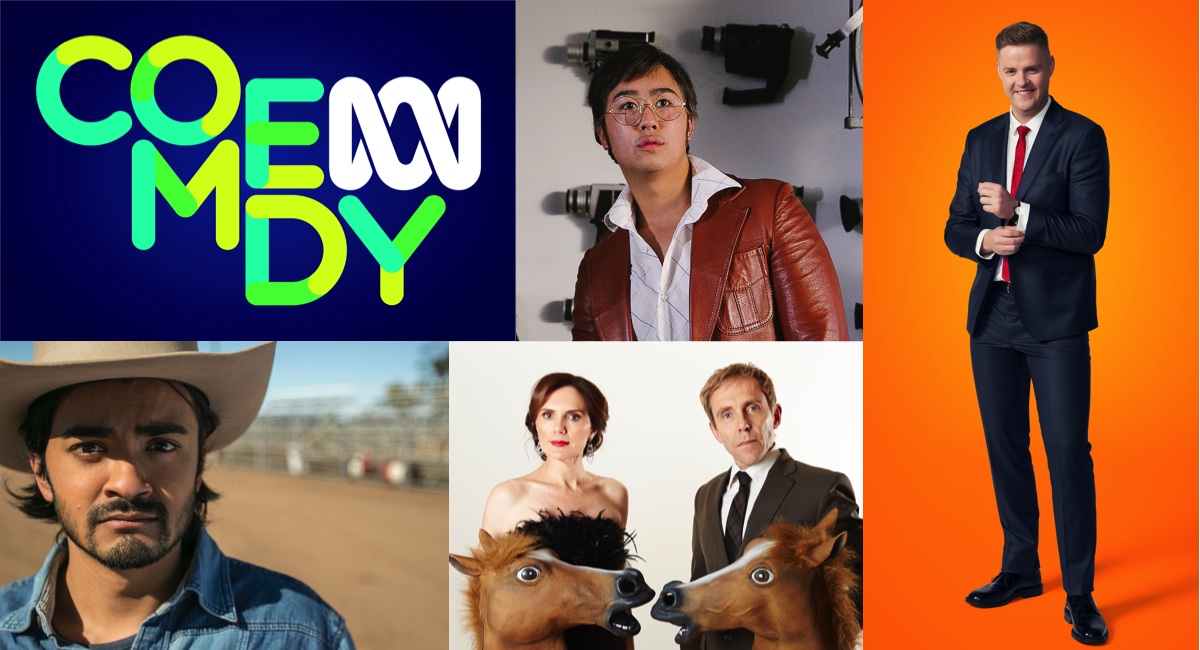 The key new commission for the channel Tonightly with Tom Ballard

The broadcaster is promising viewers an unrivalled comedy offering on ABC Comedy with a mix of scripted and non-scripted, long- and short-form TV shows, and podcasts.

The key new commission for the channel Tonightly with Tom Ballard will screen on the ABC Comedy TV channel weeknights at 9pm and stream live through ABC Comedy on iview, Facebook and YouTube.

Six new Australian ABC Comedy short-form series will be available on iview from December 4. These include Nakkiah Lui’s new series Kiki and Kitty, #CelesteChallengeAccepted from comedian and Instagram star Celeste Barber, The Chinaboy Show from YouTube sensation John Luc (aka MyChonny); Neel Kolhatkar’s Virgin Bush, Other People’s Problems, new indigenous comedy Aussie Rangers plus the next series of When TV Was Awesome, as well as 60 new bite-sized films from the new batch of Fresh Blood teams.

International titles launching on the new channel include Game Face, Catastrophe season 3, Episodes seasons 4 and 5, Murder in Successville, Inside Amy Schumer seasons 3 and 4, plus on every weeknight episodes of Never Mind the Buzzcocks, The Office, 30 Rock and Parks and Recreation. Programs coming in 2018 include Fleabag S1, Plebs season 3, Asian Provocateur, and Idiot Sitter season 1.

Returning series on the primary channel in 2018 include Gruen, Shaun Micallef’s Mad As Hell, The Weekly with Charlie Pickering, Black Comedy and the Melbourne International Comedy Festival 2018.

Among the commissions for the primary channel next year is Squinters, which stars Tim Minchin plus an ensemble cast including Jacki Weaver. The series follows five car-loads of Sydney commuters squinting into the sun and riffing on their days. Sando is a new family comedy that follows the trials of larrikin Victoria “Sando” Sandringham. Don Angel (Wayne Hope) returns in Back in Very Small Business. Corey White’s Road Map to Paradise tackles the big issues of the day and aims to solve them in just 15 minutes.