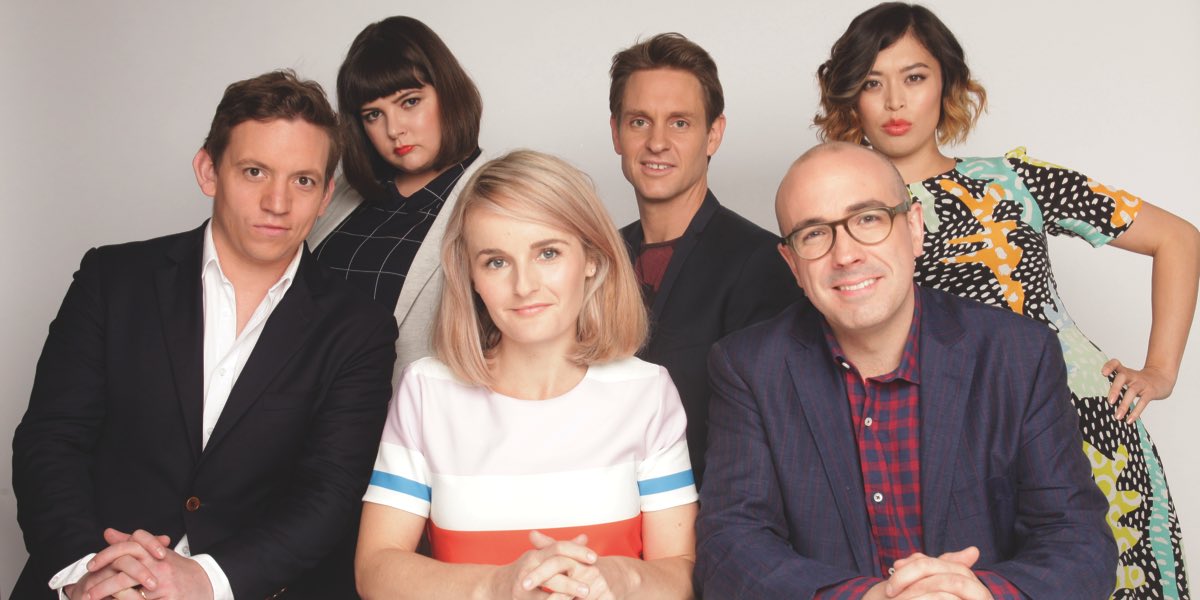 • The high-energy consumer affairs show returns for its fourth series

“We never make things easy for ourselves on The Checkout. Most weeks we have two crews running most days. We certainly film a lot,” explained executive producer Julian Morrow.

Pre-production on the latest series, a co-production between ABC, Cordell Jigsaw Zapruder and Morrow’s Giant Dwarf, started six weeks out from broadcast, with filming happening throughout that time.

“With most of the main stories that we’ll roll out in the next few weeks, the basics have been shot, but we’ll send out correspondence to companies and follow things up for consumers. That necessitates a bit of updating and stuff like that close to broadcast,” Morrow said.

He revealed that he conceived the program to have two purposes: Presenting the information on the show in the most engaging way possible, with imaginative approaches to the data dumps the show necessitates. The second was to give a platform to developing the skills for its writer-presenters.

The now-defunct ABC series Hungry Beast was an inspiration for Morrow: “It was a hugely important and underrated show. I think I probably liked it more than the general audience did. That show really spawned a lot of projects. It was definitely part of my thinking when we started The Checkout to try to have a show that had the vibe of Hungry Beast, but with a more focused attention and identity of what the show is. I think one of the reasons people like The Checkout is that you know exactly whose side it’s on and what it’s about.”

Working with younger talent has driven the success of several projects that Giant Dwarf has been involved with over the past two years, such as the launch of the performance venue Giant Dwarf Theatre and management agency Working Dwarf. This is just the start of a growing side of the business for Morrow.

“We’ve always been pretty hands-on in terms of the creative projects that we’re involved in. It might be what you describe as the Andrew Denton model of TV production. I suppose the biggest change in the last two years is starting a theatre, which has been fantastic. It’s what our accountants describe as a ‘creative success’.

“One of the things that really excites me about the theatre is we are now moving to the stage where we can turn that into a broadcast facility. We’ve invested some of the turnover from shows in the last couple of years into getting the ability to stream and do multicamera shoots live or at short turnaround from the Giant Dwarf Theatre. That feels like an area that is becoming more and more viable and could produce some really interesting content there within a couple of years.

“Being able to create content without having networks as gatekeepers is very appealing to me.”

The Checkoout screens on ABC TV Thursday nights at 8pm.