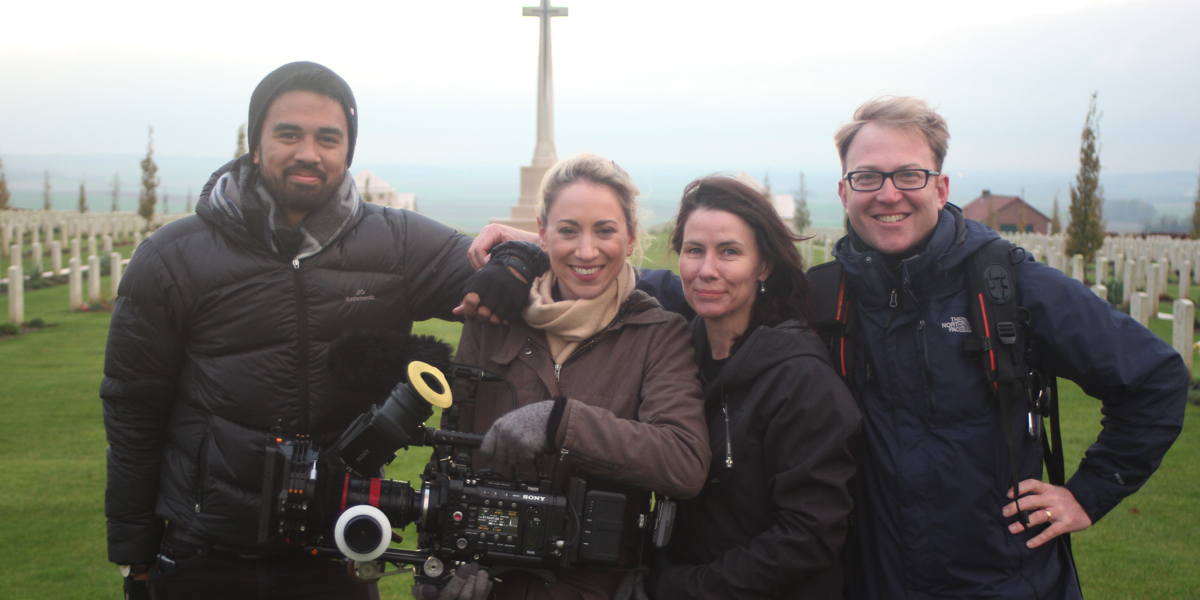 Another day and another Anzac Day programming announcement.

On the same day that Seven sent out a presser about an Anzac Day plotline for Home and Away, the ABC announced a Pony Films production for the public broadcaster. Hosted by Kate Aubusson, Lest We Forget What? (pictured) is a documentary exploring the Anzac legend in Istanbul, Gallipoli and on the Western Front.

The ABC and Foxtel lead the field with Anzac specials. The ABC has 16 this month on ABC, ABC2 and ABC 3 while Foxtel, across a number of channels, has 30 different programs linked to the First World War.

News Corp meanwhile has a 14-piece commemorative coin series available with its metro and regional mastheads. The publishing giant also plans to bring the Anzacs to life via social media. Anzac Live provides Facebook posts from the front line, and a live blog written as if it were from Gallipoli on the day of the anniversary.