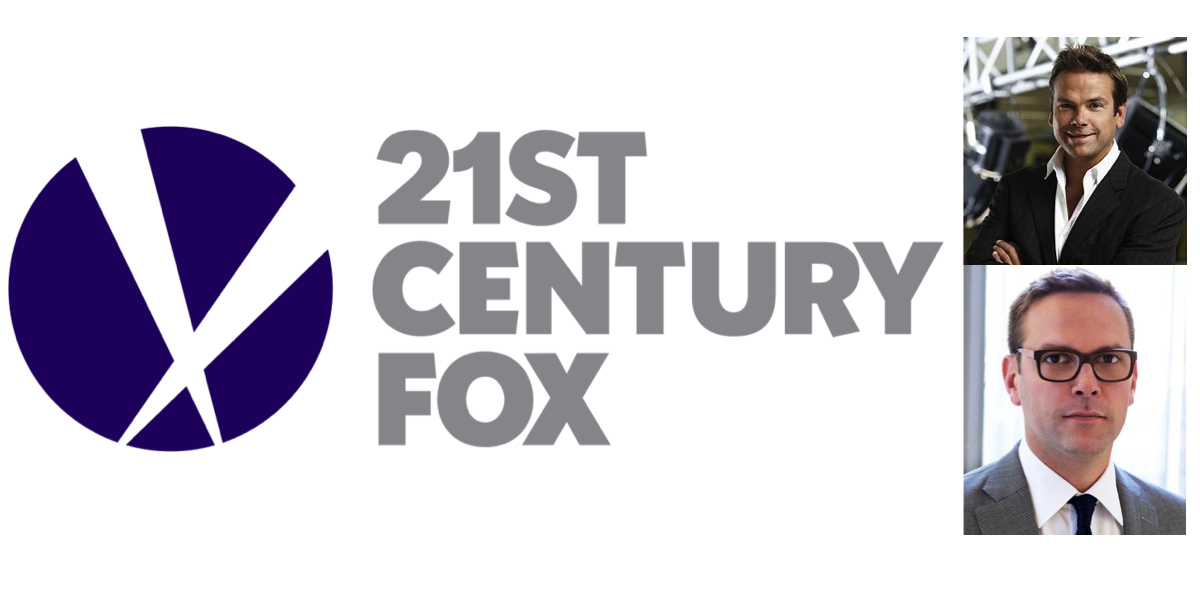 The Board of 21st Century Fox has announced a series of senior management changes, which will take effect July 1, 2015.

Rupert Murdoch, the company’s founder and chairman and CEO, together with Lachlan Murdoch (top), currently co-chairman, will become executive co-chairmen.

Chase Carey, the company’s deputy chairman, president and COO since 2009, will become the executive vice chairman and serve in that role through June 30, 2016.

In conjunction with these changes, the company’s corporate functions, and its global television and film operations will now jointly report to Lachlan and James Murdoch.

Rupert Murdoch said: “It has always been our priority to ensure stable, long-term leadership for the company, and these appointments achieve that goal. Lachlan and James are each talented and accomplished executives and together, we, as shareholders and partners, will strive to take our company to new levels of growth and opportunity at a time of dynamic change in our industry.”

He added: “I can’t thank Chase Carey enough for his friendship, counsel and leadership over the past decades. He will be actively engaged in supporting Lachlan and James as they step in to their new roles.”

Chase Carey said: “I am grateful to Rupert for giving me the opportunity of a lifetime and truly believe there isn’t a company out there that’s more exciting, with more growth potential, than 21st Century Fox. I look forward to continuing to work with Rupert to support Lachlan and James in their new positions.”

Lachlan Murdoch and James Murdoch, in a joint statement, said: “We are both humbled by the opportunity to lead, with our father and the talented team of executives at 21st Century Fox, this extraordinary company. We are grateful to Chase for being the leader and partner that he has been, and we are both delighted that his wisdom and sure handedness will continue to serve 21st Century Fox. We are also grateful to the board for providing us the opportunity to lead this great company.”

“Most importantly, we each look forward to working with the entire team of creators, executives, artists and all of our colleagues that make up our global businesses, to steer the company into the future, and to drive continued value for our shareholders.”
Rod Eddington, lead director, 21st Century Fox, said: “The Board has long been focused on succession and we’re fortunate to have two very talented executives in Lachlan and James to take this company into the future. Working in tandem with Rupert, we’re confident their partnership and stewardship will give this business real momentum for many years to come. We are also deeply grateful to Chase Carey for his many years of exceptional leadership and his agreement to continue his contributions through his new position.”