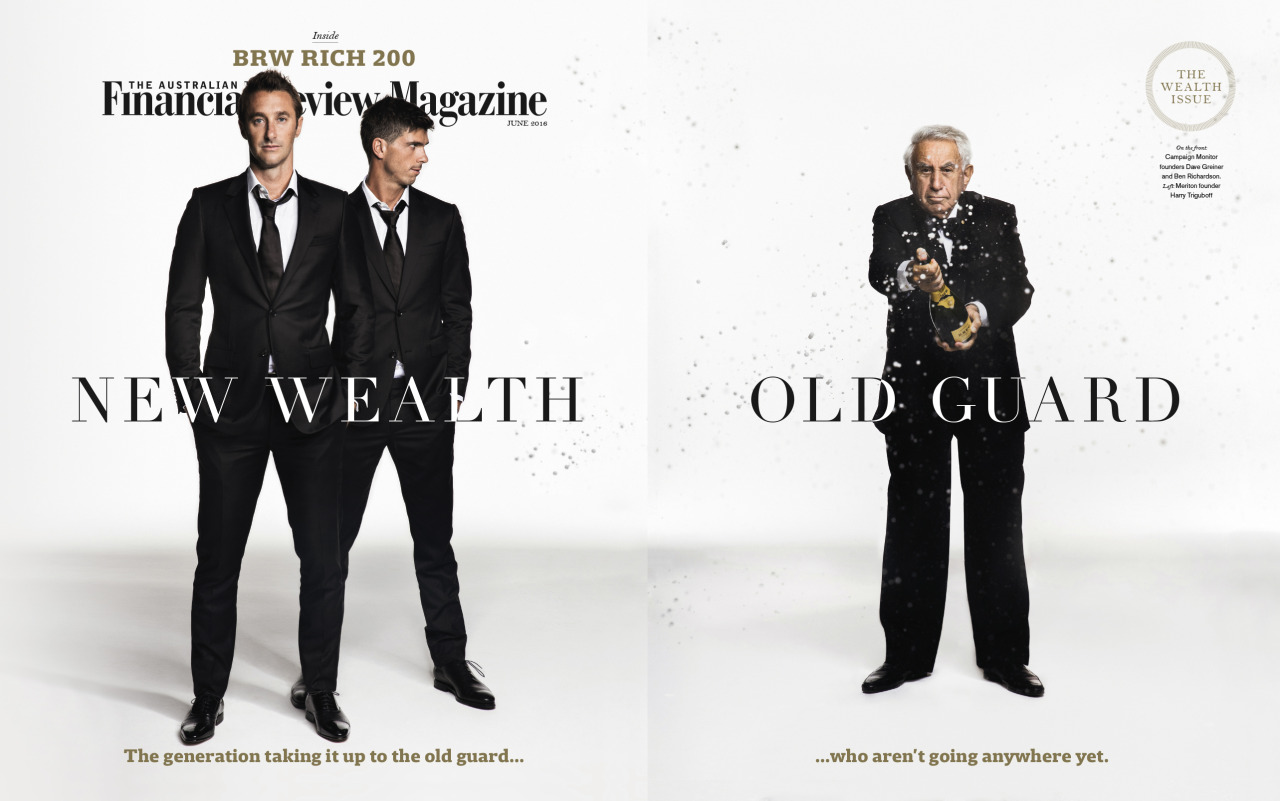 Print and online editors choose their highlights of 2016

My favourite cover of 2016 was the gatefold on our June Wealth issue, which included the BRW Rich 200 list. We wanted to illustrate the two sectors that have come to dominate that annual list, namely tech and property.

We also wanted to highlight the age divide – that smart young tech dudes such as Campaign Monitor’s David Greiner and Ben Richardson were making our Rich 200 list before they’d even turned 40. At the other end of the spectrum, 83-year-old Harry Triguboff had risen to the top thanks to Australia’s extended property boom.

I love the look of steely determination on Triguboff’s face as he cracks the Krug. Having Richardson looking over at him from the cover set up the tension between the two generations perfectly. From there, the cover lines wrote themselves.